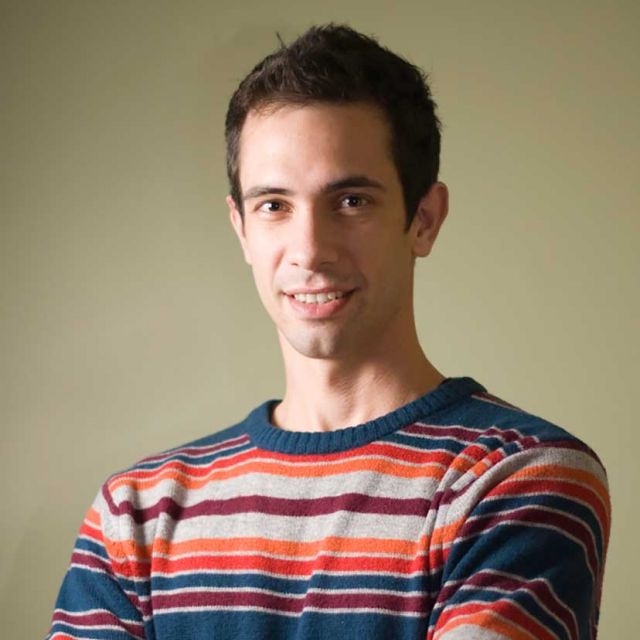 Dr. Otger Campàs is Associate Professor in the Mechanical Engineering department and Mellichamp Chair in Systems Biology and Bioengineering. He received the 2019 Elizabeth Hay New Investigator Award from the Society of Developmental Biology and, in 2017, he received the NSF CAREER award for the development of pioneering techniques to study tissue mechanobiology. In 2008, while postdoctoral fellow at Harvard University, he spearheaded a highly popular event titled, “Cooking and Science with Ferran Adrià” at Harvard University, and was later co-founder of the "Science and Cooking" course and lecture series at Harvard University.

Before starting his independent position, Dr. Campàs was a postdoctoral fellow at Harvard University. There, he worked in the applied mathematics groups of Prof. Mahadevan and Prof. Brenner and also in the laboratory of Prof. Donald Ingber lab. He worked on various problems, including the biomechanics of cell shape specification, the mathematical structure underlying morphological diversity and the development of microdroplet sensors to measure forces in living tissues. In 2009, he attended the MBL Embryology course (Marine Biological Laboratory, Woods Hole, MA). Before his postdoctoral work, he did his Ph.D. at the Curie Institute (Paris, France) under the supervision of Prof. Jacques Prost, Prof. Jean-François Joanny and Prof. Jaume Casademunt. His graduate work focused on developing theoretical and computational models to understand how cellular forces arise from the collective behavior of molecular force generators, such as the polymerization of cytoskeletal filaments or the activity of motor proteins.

The Campas Lab uses physical biology and quantitative biology approaches to study morphogenesis and self-organization in biological systems from an interdisciplinary perspective, with the overreaching goal of quantitatively connecting the physical/mechanical processes responsible for sculpting biological structures to the genetic/molecular processes that orchestrate their formation. Currently, the main research areas are (1) the development of tools to quantify cell and tissue mechanics in vivo and in situ, (2) the mechanics of tissue/organ development and homeostasis, (3) the physics of active multicellular systems and (4) the physics of cellular morphogenesis. Beyond these main areas, we also work on related problems, such as the mechanics of tumor growth, the topology of cellular packings in early embryos and the general problem of cell migration (see our website for a brief overview of all projects). To approach these problems from an interdisciplinary perspective, we combine theoretical, computational and experimental methods as well as multiple academic backgrounds (theoretical/experimental physics, mechanical engineering and cell/developmental biology).